The Reserve Bank of India’s frenzy to prioritize growth over inflation, what does this mean for the country?

The Reserve Bank of India has been the subject of much conversation lately as the country is stuck at a crossroads of compromise. The Reserve Bank recently released its Monetary Policy Review which aims to assess the country’s economic growth and inflation status, and if you’ve paid the slightest attention, we get bad results either way. Even though we discussed in detail what the Monetary Policy Review included and what it delivered, it is imperative that we understand what this means for the future of the country.

To understand where we are heading, let me paint you a picture of where we are now. The country’s economic growth has been anemic despite the accommodative stance of the Central Bank. Inflation, on the other hand, has shattered the Reserve Bank’s claim to be transient, with price levels exceeding target ranges by huge margins for a very long time now. If this continues, inflation will become a rather persistent phenomenon as it comes at the mercy of people changing their expectations and demanding higher wages, in turn raising the overall price level.

However, the central bank must choose its priority between the two, as both require completely opposite policy responses to address them. The Reserve Bank of India is required by law to keep the country’s inflation levels under control at 4 percent, with a margin of 2 percentage points below and above.

Economic growth, on the other hand, has no such limit, but the bank bears the responsibility of ensuring consistent economic growth. The Central Bank has long favored economic growth over controlling inflation. The difference this time, however, is that the Monetary Policy Review Committee was not unanimous in its stated stance of maintaining the accommodative stance.

This is different from the usual cases where the Central Bank has maintained a united front. This is because the repercussions of the Reserve Bank of India’s continuing to prioritize economic growth over inflation have started to be felt. Let’s understand what and why of these pitfalls that we could see in the future.

According to the Reserve Bank of India, what does the “state of the economy” look like?

The State of the Economy report published by the Reserve Bank of India analyzed the inflation situation in the country. According to the report, the consumer price index inflation rate has held steady at just over 6% in the past, with retail price inflation in food and beverages largely being the trainee. This strong growth in inflation has increased over time, which means that the overall rise in prices has been much higher than what the percentages clearly indicate.

This is seen in terms of the returns earned by savings, called the real interest rate, which is just the difference between the nominal interest rate and the inflation rate. In the past, it was believed that real interest rates were negative, implying that long-term investments generated negative returns for the population.

Not only that, but the impact is also widely felt by the section that neither spares nor invests – the poor. That’s because a higher rate of inflation robs them of their real income or purchasing power, made even worse by the pandemic.

Most essentials like vegetables, pulses and oils have also experienced steady growth in the past, although retail food and beverage price inflation has slowed slightly. This is in fact due to the high inflation rate observed in the past. The high price levels of this era, however, are being driven by extremely high fuel prices and uneven supply to meet the global demand induced by the stimulus measures.

And this high inflation is not something we contracted after the virus entered the country, since India has already faced high inflation since 2019. This term is relative to emerging markets and economies. comparable advances, including Indian inflation. come out.

What then is the position of the Reserve Bank of India on this matter?

This is representative of the fact that the Reserve Bank of India has always used its judgment to prioritize economic growth over inflation, no matter what surveys or analyzes dictate. This trade-off between the rate of inflation and economic growth is called the sacrifice ratio.

The ratio measures the loss of output for every 1 percent change in inflation, with respect to the direct relationship between the two. The latest estimates of the sacrifice rate for the Indian economy represent that for every 1 percent drop in the inflation rate, economic growth of 1.5 to 2 percent should be abandoned. That number is considerably high considering the contraction the country has experienced in the last fiscal year as well as the steady cuts in production growth forecasts for that year.

The Reserve Bank of India has revealed that if the committee decides to tackle supply shock-induced inflation, as previously explained, it will take away from the already weak economy the opportunity to recover. Once again, the Central Bank made it clear that the country’s economy could not afford it. The Reserve Bank explains this approach as a “progression path that spreads the inherent production losses over a period”.

What does this position mean for the different market players?

Well, this policy move by the Reserve Bank to put inflation on growth clearly has winners and losers.

Let’s talk about the losers first.

As explained above, investors and savers who have tried to replenish their depleted savings show negative real interest rates, which means they ultimately lose money in the longer term.

This is a drag on savings, which can be a good sign for the economy in the short term since the funds would be oriented towards consumption, but in the long term it would lead to economic turmoil. Another loser is the one who has a higher marginal propensity to consume, especially the poor since their real income, i.e. purchasing power, decreases further.

Relatively fewer winners, i.e. borrowers, who are currently able to raise funds at negative real interest rates. These loans are made more in order to repay past debt than to invest given the deleveraging frenzy that we are currently seeing in the country. The fundamentals at present are not too healthy, no matter what some singularly distorted indicators represent.

What do the dissidents suggest? What should the RBI’s decision have been?

As previously indicated, unlike in previous cases, the accommodative position of the Reserve Bank has not been unanimous. This is because some members of the committee felt that the monetary policy stance should shift from accommodating to neutral. This is for the following reasons, as mentioned by Professor Jayanath R. Varma-

It is estimated that the duration of the pandemic will last much longer than expected, which means that monetary policy support cannot be extended over such a wide origin. As a result, the bank should change its stance and make room for neutrality vis-à-vis economic growth in the coming period. 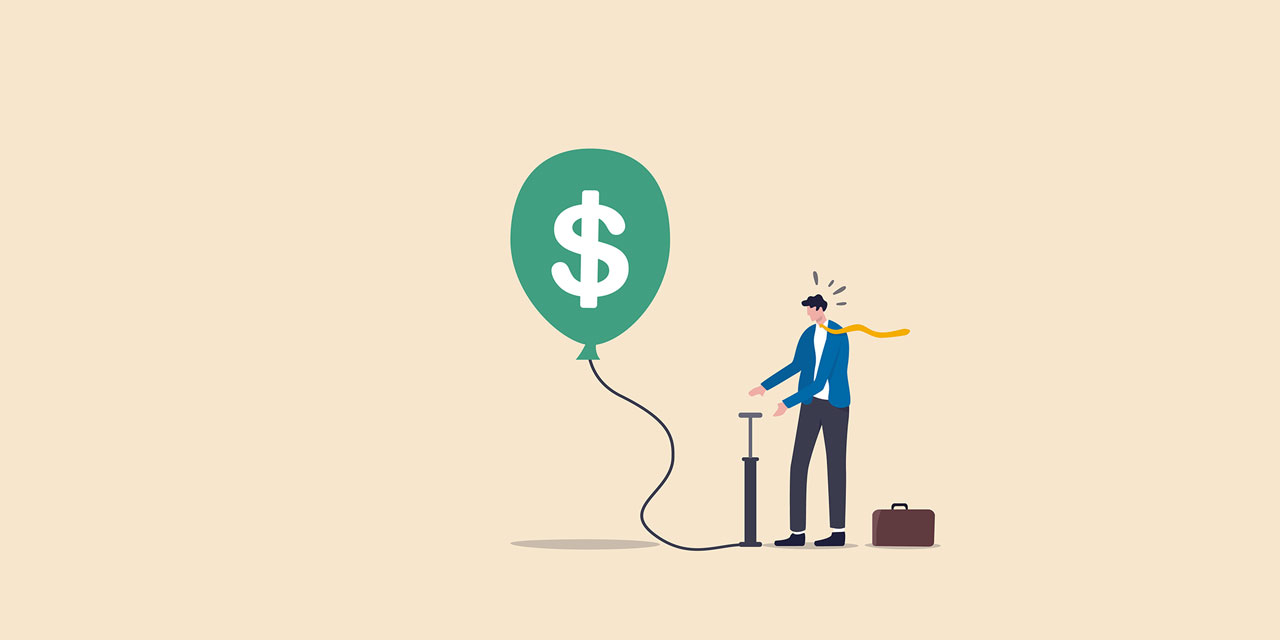 “Monetary policy has very broad effects on the entire economy, and this was appropriate at the onset of the pandemic which caused widespread economic distress. More recently, however, the adverse effects of the pandemic have concentrated in narrow pockets of the economy. At the industry level, contact-intensive services have suffered greatly, while many other industries are now operating above pre-Covid levels.

At the enterprise level, MSMEs suffered severely, while large enterprises prospered. At the household level, the pandemic has been devastating for the weakest segments of society, while the rich have weathered it reasonably well. Geographically, too, the pandemic has wreaked havoc in around 100-200 districts in a relatively small number of states, ”said the member of the monetary policy review committee. This refers to the need for specific fiscal policy action to help the worst affected regions, as the economy as a whole continues to be impacted by the pandemic.

Finally, the Reserve Bank has predicted that inflation will rise by around 5% even in the first quarter of 2022-2023, which means that the price hike is here for a longer term. Changes in citizens’ inflation expectations could make this estimate even worse, meaning that it is almost imperative on the bank’s part to meet its obligation to keep inflation within the designated range.