GOVERNMENT cash assistance has made a difference for a number of Malaysia’s poorest urban families struggling to survive the hardships brought on by the Covid-19 pandemic last year, but policymakers need to provide more for them financial certainty to ensure that the country does not lose a significant portion of young human capital to poverty and greater inequality.

“The short-term responses (cash transfers) that the government is providing through BPN (Bantuan Prihatin Nasional) and BPR (Bantuan Prihatin Rakyat) are absolutely essential and the feedback from families [surveyed] shows this overwhelming impact on mental health [was due to] uncertainty and insecurity [over finances]. I think we have to end it now. We need to offer these families a guarantee of longer-term financial security, ”said Stephen Barrett, head of social policy at Unicef ​​Malaysia, in an online discussion on May 11 on the occasion of the launch of the fourth and final tranche of the “Families on the edge” program report by the United Nations Children’s Fund (Unicef) and the United Nations Population Fund (UNFPA) which was produced in partnership with the cabinet of Malaysia-based public policy research, DM Analytics.

Elaborating on the report’s findings, Barrett said that many household representatives living in the low-cost apartments Projek Perumahan Rakyat (PPR) of Kuala Lumpur City Hall (DBKL) surveyed in February and March this year were concerned about their future and had expressed a strong need. for continuous, regular and reliable financial assistance. He adds that “recurring unpredictable support keeps them in a waiting pattern but does not provide the financial and mental security families need.”

“The initiatives that these families have shown [are clear to researchers] – they have diversified their sources of income, they are doing their best to get out of this crisis. I think they just need this regular and reliable support via the traditional social protection system (no one-off uncertain cash transfers) and which gives an exit strategy for these Covid-19 emergency supports. We have to provide them with a ladder to get out of the situation, ”he said.

“The impact of financial security on mental health is well established internationally. We have seen the impact of this insecurity on mental health here. As far as children are concerned, this translates into underachievement at school. Children cannot learn effectively in school if their mental health suffers. We have to give these families safety, ”explained Barrett, highlighting the severity of the mental burden facing the low-income group after more than a year of battling the hardships caused by Covid-19 as well as the potential cost for society and the country if action is not taken to address the situation.

He says countries that have the most successful social protection programs and those that most effectively reduce child poverty do not see cash transfers as charity or handouts but as an investment in the families and children who constitute the very fabric of society and the future of the country.

According to the report, some 71% of those polled believe they will need continued financial support over the next six months, and expressed “a clear preference for a monthly allowance”. 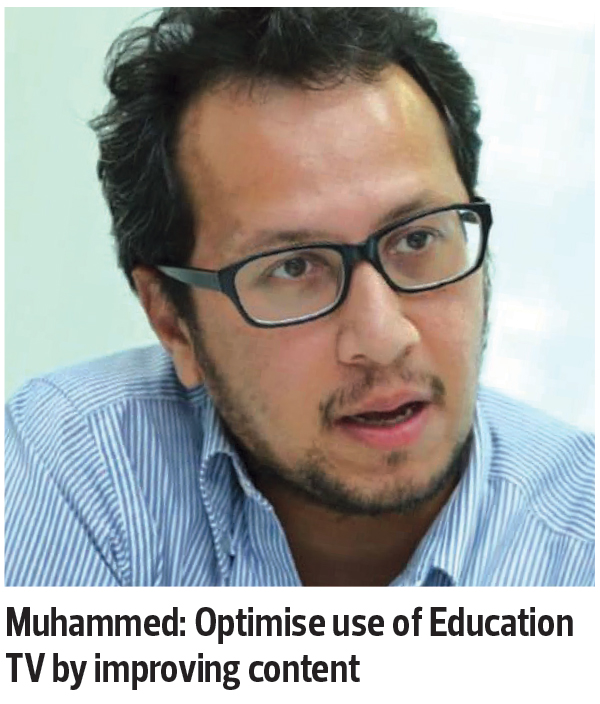 Government direct social assistance now accounts for 11% of overall household income, rising to 19% among households headed by women and 36% among households headed by people with disabilities. Almost 40% of those surveyed still need to use their savings to mitigate a drop in income, despite the fact that one in three heads of household and four in ten female heads of household depend on government assistance to cope. to financial difficulties. Almost half (47%) of parents surveyed said their children’s mental state was affected by the movement control order (MCO) while two-thirds (65%) told researchers that they needed parental advice. Some 44% continued to be concerned about their children’s education and their ability to earn enough to support the family.

Dr Muhammed Abdul Khalid, Managing Director of DM Analytics, agrees that policymakers here need to make money transfers regular and predictable and ensure that their improved finances, education and health through better nutrition enable them. to climb the social ladder: “Otherwise, in the long term, we will have a very unequal society because education is the key to upward mobility. We are going to lose a great deal of human capital, something that a multiracial society like ours cannot afford. “ 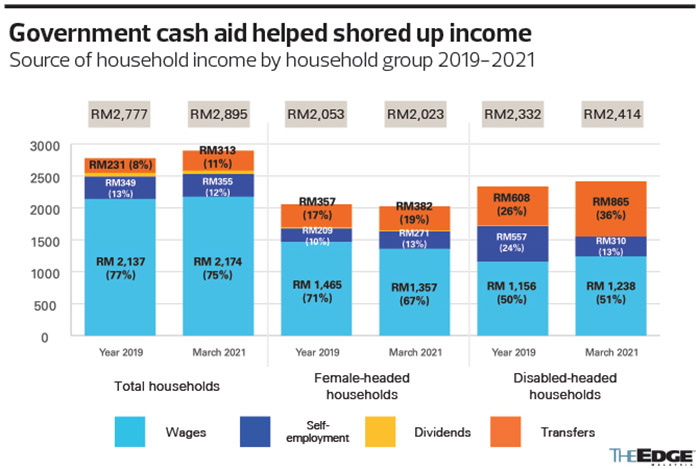 “This study dispels a lot of urban myths – we hear over and over again that the poor are lazy, don’t prioritize children’s education, or are simply financially illiterate, and thus shape the way we design intervention policies. . For example, we don’t want to give cash because we think they will abuse it, [so] we give them beras (rice); in fact a makcik said she had received 80 kg of beras [while others missed out].

“Over the past year, we have been tracking how these recipients have spent the cash assistance they received, and the majority have used it for two things: household expenses – mainly for food. – and the education of their children. [There are] no widespread abuse. Give them money; they know how to best use it. It’s also good for the economy – their marginal propensity to spend is high, it inflates private consumption. Stop believing that we know what’s best for them; we don’t. They do, ”Muhammed told The Edge.

“We find that they work harder than the average Malaysian, and the majority of them have less than three children. They are resilient, caring and responsible, ”he adds, dispelling the idea that the urban poor don’t work hard or have too many children. He continues to stress the importance of providing children with a balanced diet and the nutrition necessary to prevent stunted growth and brain development.

Indeed, the survey found that the people at PPR had reduced the money they spent on food by an average of 9% in March of this year compared to pre-pandemic times (2019) and the researchers noted that “there was a feeling among respondents that the price of food had increased, affecting their purchasing power”. While this part of the investigation did not say whether the people at PPR still ate a lot of instant noodles and eggs, the cheapest source of protein, a 41-year-old independent single mother known as ” Ms S “was quoted as saying in the report:” We can only afford cheap vegetables. Then if we have extra money, we buy fruit.

Muhammed also calls on policy makers to maximize the reach of television in educating children from low-income households. “Sixty percent say [Education TV] works; only 40% say they have a problem [understanding] the contents. Optimize TV until we can solve the problem of internet access and laptops [and devices] is among the fastest solutions to some of the problems they face [in educating their children away from school]. “

Barrett says there is a need to re-energize public, private and civil society responses to minimize the risk of permanent damage from the Covid-19 pandemic. “When we started this study [in early 2020,] none of us expected to talk about OLS 3.0 in 2021. With the vaccine hesitancy rates suggested by this study, we clearly did not get out of the woods… a lot of energy was gone. invested earlier, but right now it has turned into quite a protracted situation.

“We need to transcend the innovation that took place in those early responses and inject it into a longer-term planning process so that we start to approach things like mental health, nutrition and education in more ways. sustainable and systematic in the future [because this study] tells us that if we don’t, it seems inevitable that the income disparity that existed before the crisis (Covid-19 pandemic) will widen and that human and productive potential will be lost. Government agencies are well aware of this and we are confident that these elements will be taken into account in the 12th Malaysia Plan as well as in the policies on children which are being developed.

A total of 500 heads of household in 16 of the 56 PPR apartments in Kuala Lumpur were interviewed between February 26 and March 12 this year for the socio-economic part of the survey, with a margin of error of 4, 34% at a confidence level of 95.%. The survey is designed to capture a sample of 25,096 households in low cost apartments under DBKL with heads of household aged 30 and over.