DC Harley Quinn: she will kill you with her humor

Like any kid who grew up in the 90s, I associated Harley Quinn with Batman: The Animated Series show that I looked at every opportunity I could get. And for those who didn’t know, Harley Quinn was created especially for the series; she was added in the comics later. Fast forward about 25 years later, and not only has she become a fan favorite appearing in her own comics, films and video games, but she now has her own exclusive adult animated series on HBO Max.

I didn’t watch it as soon as it came out, however. For some reason, it just didn’t interest me. I’m not generally a fan of adult cartoons. But one night I got bored and was looking for something new to watch and stumbled upon the show on HBO Max. And it did not disappoint. Centered on Harley Quinn and Joker who go their separate ways because Joker continues to use Harley as Batman’s escape device, Harley tries to overcome her infatuation with Joker with the help of her longtime friend, Poison Ivy, and begins to make a name for themselves. as a top-level supervillain.

There are a lot of things that I love about this show. This is one of the funniest shows I have watched where there is only nonstop laughs to the point that I have to go back and watch it again because I missed a few lines laughing too much. long time. What’s great about the series is that you don’t need to have a deep knowledge of the comics, but rather a general understanding of the pop culture of the Batman universe to enjoy a lot of the jokes. self-deprecating screenwriters. For example, in Season 1 Episode 4 “Finding Mr. Right”, we see Batman trying to take down King Shark by pulling out a bottle of shark repellent, which is a throwback to the 1966 movie “Batman”. They also take a lot of liberties by making fun of their own characters. Clayface is an overly dramatic actor who refuses to transform into a different person unless he knows his character’s story. King Shark is revealed to be a hacking genius, and Poison Ivy refuses to be labeled a villain but prefers the “eco-terrorist” label and tries to educate people about the environment along the way. And honestly, every character on the show is over-the-top rewritten dramatization that makes you laugh. 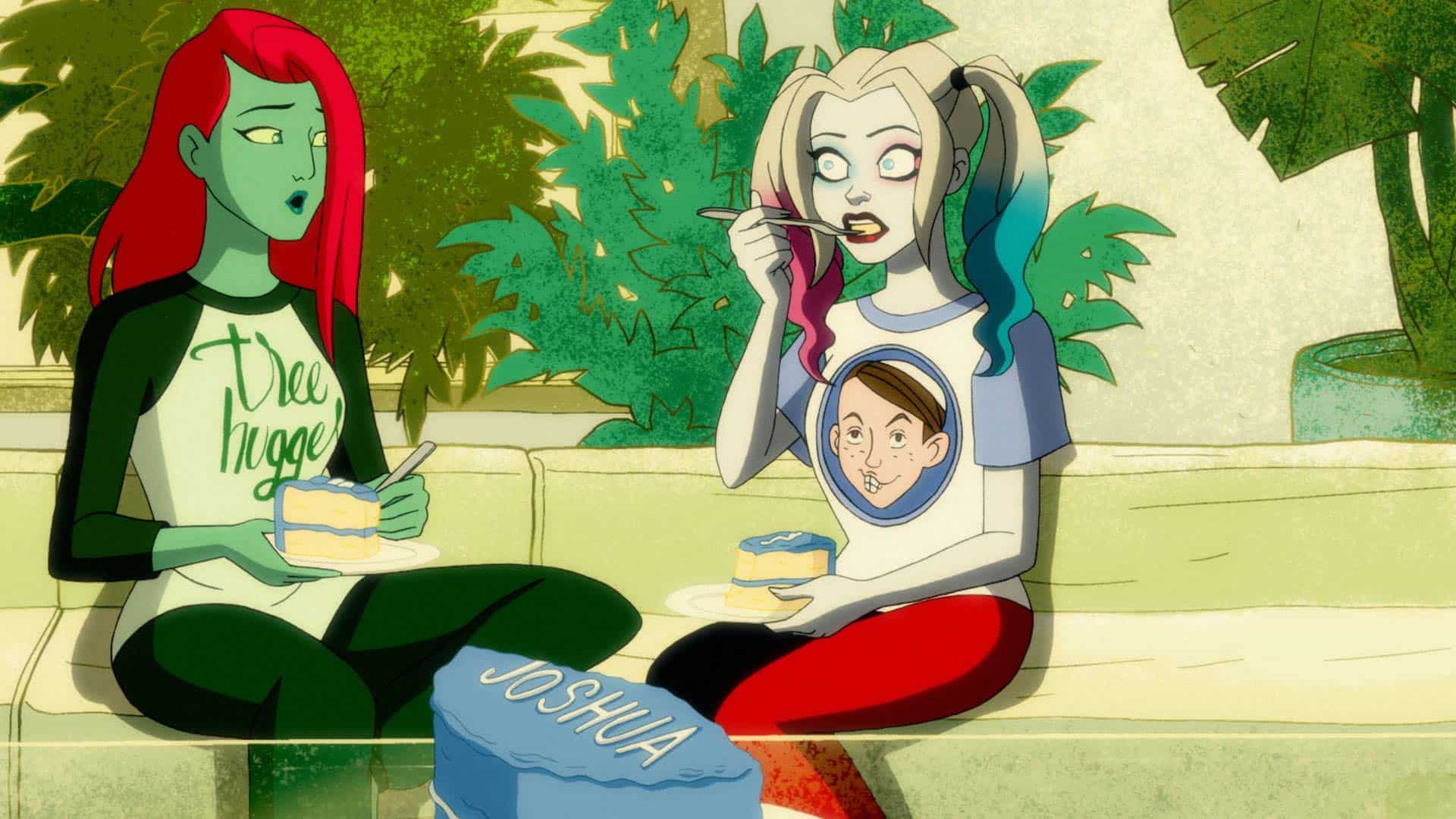 Much like the characters, the writing is so ridiculous that each episode gives the writers the freedom to push the boundaries by writing something so absurd that it always fits the life of the show because the characters reflect that as well. We have episodes where Harley Quinn makes a deal with Darkseid to become the Queen of Parademons by beating an old lady who has surprisingly super strength. Another episode centers on the lonely and desperate Jim Gordon, who finds a comrade thanks to Clayface’s dismembered hand who mysteriously transforms into a talking hand and develops a deep and connected relationship with. It’s almost as if in every episode the writers take the worst arguments they’ve read or heard about the characters and decide to use that as material. They admit the ridiculous and they take him out of the park every time. 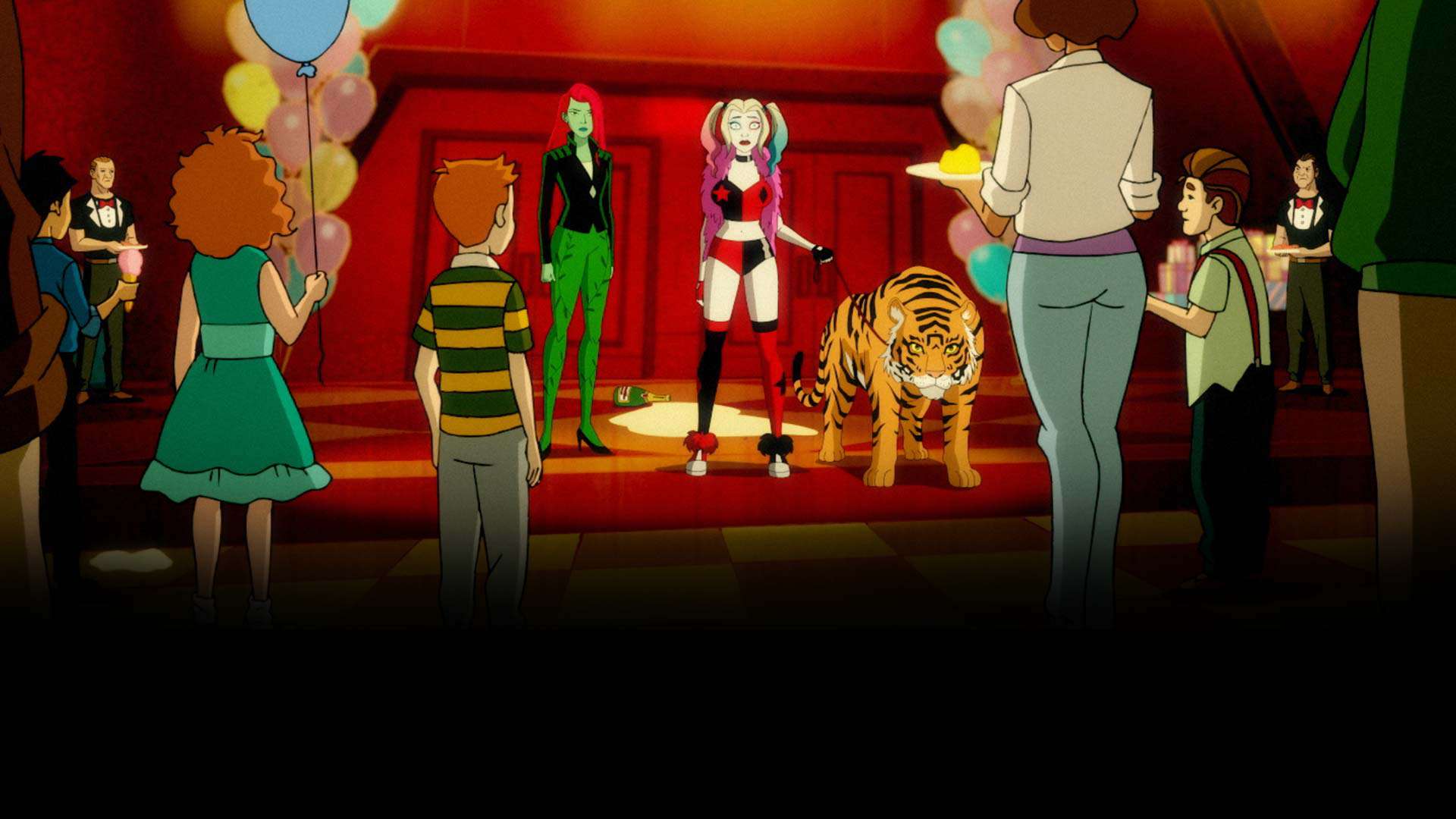 Finally, the doublers. I was really surprised when I looked for who voiced the characters on the show. Kaley Cuoco voices Harley Quinn and she absolutely is the character. Her voice hits the personality so well, I was amazed that she was the same actress from The Big Bang Theory and 8 simple rules. Lake Bell nails Poison Ivy. She has the right amount of intelligence and angst and the balance between the two when the scene calls for it. And the most surprising voice is the one that plays Batman – Deidrich Bader. His gruff voice and knack for humorous timing for Batman and Bruce Wayne make it clear that he’s probably the only person who could give Kevin Conroy a run for his money. Bader could certainly voice Bruce Wayne / Batman in future anime series and games if he wanted to. He’s got the talent and hits the right vibe for it.

Universal Music is a success